While representing clients in divorce or family law proceedings, the most complicated and emotional issue is child custody.  If you are a parent divorcing or separating, you need a skilled family lawyer or divorce lawyer to make sure your custody rights are protected.

As a mother of two children, I have an understanding of the needs, emotional and financial implications divorce or separation can have on families. 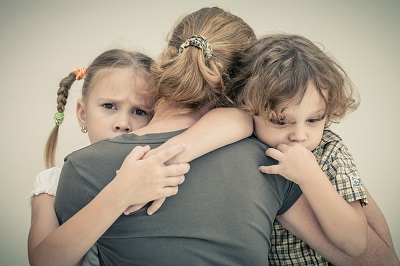 Each parent has an equal right and responsibility to take part in the upbringing of the child. The equal right to make decisions about their child’s care and how their child is raised exists whether or not the parents are married.

When parents separate they must arrange how they will share their rights and responsibility regarding the care of their child or children.  I believe that children deserve a healthy relationship with both parents, however, if one parent is incapable or refuses to put the children’s needs above their own, then as your divorce lawyer or family lawyer I will represent you to ensure that the children are protected.   I have no patience at all for parental alienation and I will make sure that I work hard to stop it.

What is Child Custody?

Definition – Child Custody is defined as having care, control and responsibility for the well-being of a child.

Child custody is a way of designating who has the right to make decisions on behalf of the child(ren). Just because the child(ren) live(s) with one parent on a day-to-day basis does not mean that the other parent does not have legal custody rights. A parent who does not have the children living with him or her on a regular basis, but has joint child custody is still entitled to have all parental rights, for example: receiving copies of their child’s report cards, to speak to teachers and/or doctors about their child, and to make decisions about whether or not the child should have surgery. If a parent does not have a legal child custody agreement, but has access rights to visitation with the child, they are entitled to all of the above information, they simply do not get to be involved in making the decisions.

Child custody can be:

When can a parent not have child custody?

The only way a parent can not have child custody is either if they agree to it in a separation agreement, or if a court orders that one parent not be granted child custody. The court begins by assuming that the parents should have joint custody, and if one person feels that it is not in the child’s best interests for the parents to have joint custody, then they must show why this is so. The responsibility is on the parent asking for sole custody to show why the other parent ought not to have any legal custody of the child.

Best Interest of the Child

The Office of the Children’s Lawyer, (OCL) through lawyers and/or clinicians (social workers) represents children under the age of 18 in family law court cases involving custody and access as well as child protection, cases commonly referred to as Children’s Aid cases.  Clinicians prepare reports for the court and help lawyers who are representing children.

In a custody or access dispute sometimes the court needs independent information about the child’s needs, wishes and interests and orders OCL to assist.  Once ordered OCL has the final word on whether to accept the file or not.  Once OCL accepts the file, they determine what services to provide.  OCL can assign a lawyer to present the child, a clinician to write a report for the court or a lawyer and a clinician investigator to represent the child a clinician.

In Child Protection Cases, also referred to as Children’s Aid cases, if a children’s aid society believes a child needs protection because of neglect or abuse, or believes that a child is at risk of suffering harm, it can start a court application called a protection application. Once a court case has started, the court may direct the Office of the Children’s Lawyer to assign a lawyer to represent the child. In child protection cases, the Office must assign a lawyer if requested by the court.

OCL and VOICE OF THE CHILD REPORT

The Office of the Children’s Lawyer may also be ordered to provide the court with a Voice of the Child Report (VOC).  A VOC is not as comprehensive as the OCL report.  Further, the turn around to obtain VOC report from OCL is faster than the OCL report.  A VOC is a report on what the child states as his or her views and preferences, usually based on two interviews brought separately by each parent.  It should be noted that lawyers may also be hired privately to prepare the VOC report.

A VOC report is generally useful when the children are teenagers.  In January 2020, I was involved in a jurisdiction case where the judge ordered a VOC report for OCL to provide the views and preferences of a 15 year old and 13 year old.  The judge relied heavily on the VOC report in determining in my client’s favour that Ontario and not Dubai, where the children had been removed from, was the proper jurisdiction.  After the issue of jurisdiction had been determined, this led to the rest of the issues, custody, access, child support and spousal support to be resolved quickly without the need for a trial.

Please visit our Child Custody FAQs section for answer to common questions. For accurate legal advise, please feel free to contact us at info@jnmlaw.com or call 647-660-9832