The typical cost for divorce in Toronto ranges from $1,900.00 for uncontested divorce to $12,500.00 to $250,000.00 for a contested divorce.  How much you will end up paying your divorce lawyer depends on several factors including the following:

Whether the divorce is contested or uncontested?

If the divorce is uncontested, it means that the other spouse is not contesting the Applicant spouse’s claim for divorce, divorce being the only issue applied in court. The spouse’s may also apply for a divorce jointly signifying that they are on the same page and the divorce is not being contested.

A typical scenario for uncontested divorce is when one party applying for a simple divorce claims only one issue, divorce, based on one year separation.  When the other spouse is served with the simple divorce application, he or she does not contest the divorce and as such the divorce proceeds on uncontested basis.  In this scenario, the Applicant will end up paying modest cost for the divorce involving only court fees and 1 to 3 hours of his or her divorce lawyer’s hourly rate. 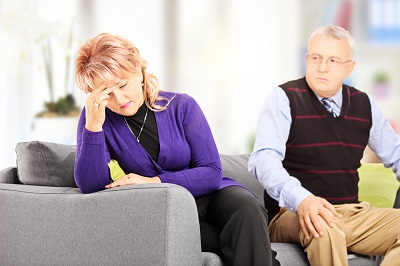 If you choose to proceed with the divorce without a divorce lawyer’s representation, then you will only pay the court fees.

Uncontested divorce typically applies to parties who have no children or assets or who have resolved their issues by way of a Separation Agreement or a court order.

If the divorce is contested, it’s difficult to predict the divorce lawyer’s legal fees and court fees because you cannot tell when the divorce will be concluded.  It then boils down to the hourly rate of your divorce lawyer and how many hours will be used on the file  In a contested divorce, spouses are in disagreement about the divorce or the terms of the divorce such as access, custody, child support, spousal support or property division. For instance, one spouse wants sole custody of the children thus limiting the parenting involvement of the other spouse.  In another situation, one spouse refuses to disclose his financials hence complicating the timely and inexpensive resolution of the financial issues which are typically, child support, spousal support and division of assets.

I charge the average hourly rate however, I also provide a discounted rate of less than $600.00 per hour for individuals whose annual gross income is less than $100,000.00 per year and their net asset value is less than $20,000.00.

The number of contested issues in your divorce case.

If spouses have array of issues in their case (custody, access, child support, property division, spousal support) and all or most of the issues are contested, the case will undoubtedly take many of the divorce lawyer’s time which translates to high cost of your divorce legal bill.

Whether your expectations of the outcome of your divorce case are realistic or not?

When retaining a divorce lawyer, it is important that you equip yourself with basic information affecting your case so that you are in a good position to appreciate your divorce lawyer’s advice.  Figure out before you see a divorce lawyer the details of what you believe to be fair on property division, support and custody

If you have retained a competent divorce lawyer, it would be advisable to follow his or her advice so that the case could ultimately be resolved sooner than later.  The sooner the case is resolved the cheaper your divorce legal bill is likely to be.