Separation & Divorce are two major fields of family law. These are the terms that often confuse people. They tend to think that these terms are similar. However, the reality varies. As a family lawyer representing clients in Ontario, we highly recommend you getting a clear idea about the difference between these terminologies if you are thinking of a breakdown. 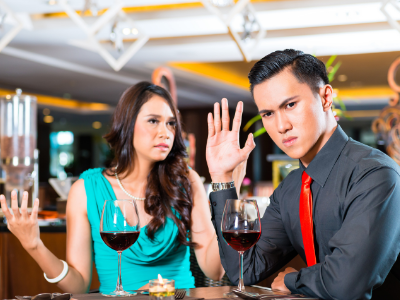 Firstly, get the basics right. What does divorce mean? Divorce is a legal declaration by the court that a marriage is coming to an end.

You can file for divorce if anything like cruelty or physical & mental abuse takes place. Also, spouses are eligible to file a divorce if they have lived separately for more than a year.

However, before divorce, there are certain things that you need to look at. Like, you should ensure that every arrangement for your children has been made.

How do you define separation? A separation implies a couple with a potential wish of not uniting again.

Separation doesn’t require any legal process to be followed. Only an observer will be required who can testify that both spouses aren’t together anymore.

However, unlike divorce, in separation, the couple can live in one home together. It’s not mandatory for them to stay in different houses. You can stay in the same house and still separate.

We also recommend you consulting a separation lawyer in Toronto to ensure that all the important & critical things are settled efficiently.

Also, it’s not necessary to mutually agree while separation. If one spouse wants separation and is clear with it, the separation might occur.

There are certain factors that might be taken into consideration to verify if the couple is actually separated. They are as follows.

To summarize, we list some primary differences between divorce & separation below. Check them out.

1) Divorce is applicable only to legally married spouses. If you aren’t legally married, you won’t need a divorce. The separation will work for you here.

2) Divorced spouses can remarry if they wish to. But the separated spouses cannot remarry until & unless they file a divorce.

3) Separation implies that spouses can still stay in one house and stay separated. After divorce, the spouses usually don’t stay together.

4) You will have to apply for separation in the court as there are several important factors which are needed to be settled. Thus, you must reach out to the best divorce lawyer in Toronto if you are thinking of separation. With a divorce, you might agree mutually and eliminate the need for going to court.

We hope that you are now clear with the differences between Divorce & Separation. As mentioned, a couple often gets confused between these terminologies when they are about to break down.

It’s understandable that they face difficulties in following the required legal approach as there is a lack of awareness among them. But, the above clarity must make things clear for you.